The Volvo Penta 585-kW output engine offers strong, reliable performance, the OEM said, with a design that can fit perfectly with the underground truck’s design.

It succeeds the company’s 515-kW Tier 4i and offers shortened cycle time as well.

“As the engine output power exceeds 560 kW, instead of fitting the truck with a diesel particulate filter, other means are utilized to reduce emissions: the truck exhaust after treatment system contains a Selective Catalytic Reduction system (SCR) that uses diesel exhaust fluid to reduce emissions of NOx without sacrificing performance or fuel efficiency,” Sandvik noted.

It also pointed out that its common rail injection and dual-stage turbo charging will provide users with a high power density and low fuel consumption, low noise and low emissions, and an optimal cooling solution in the engine will minimise parasitic energy losses. 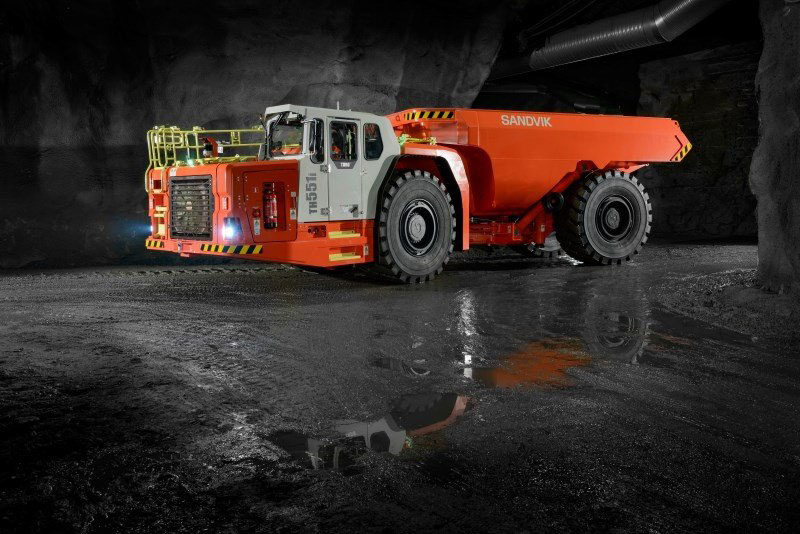 The Stage V engine of the newly released model requires ultra-low-sulphur fuel and low-ash engine oil though, in addition to running on traditional fossil diesel, the Toro TH551i can also use paraffinic diesel fuels to meet EN 15940 standard outlines.

“The speed assist function can be set to limit the truck top speed automatically, allowing the operator to focus on driving,” the OEM said.

“The system identifies whether the truck is driving on level or on an incline, and the control system selects the correct speed limit values without any action required from the operator. As the engine brake is used as the primary speed control, the operator speed assist reduces brake wear. Engine wear is also reduced since engine RPMs are maintained on the optimal level.”